My father would sometimes take us to visit his place of work, a studio shaping clay models of cars.  My sisters and I would get to explore the drawers of tools, markers, and clay.  We’d crossed through elegant spacious rooms filled with drafting tables, huge sheets of white paper, and every color of pencil imaginable. Sneaking peeks of the works laid out by designers were often sleek and vibrant concept cars or yachts in neon, purples and oranges that made us giggle at such outlandish ideas for trucks, sedans and minivans. Into his work space, my father’s desk would be covered in canary yellow sheets with fine point black pen scribblings of circles, ovals and boulders. A rolling set of drawers housed his treasured tools – the rounded metal shapes, the wooden dowels, and other handcrafted gear that would sometimes match those drawings from his desk. These tools were his ticket to mastering and perfecting shapes.

At home the crafting, sculpting and artistry never ended. He’d pick up stones from the beach, pebbles from the driveway and find the curves he’d expand, expound and experiment with at work. Mugs, vases, and sculptures made on the potter’s wheel, out of plaster molds, or carved out of lumber scraps abounded the spaces and shelves of sheds out back. My sisters and I would interrupt him to play with clay, help with art projects, and hear stories. We’d craft messes and discover the vast collection of colors and glazes that would later become decorations on my mother’s walls or gifts to grandparents. My parents do not have college degrees nor have they possessed sports cars like the one’s my father help resurrect from paper and form into a shape that we’d see a few years later on the road.

But there were quiet moments of learning, reflection and study by faith. It was in one of these quiet moments in my father’s studio that I began to conjure my own shapes and stories. I recall one day he’d lined up a row of raw porcelain vases and was preparing them for the kiln.  His process was to reach for a vase in the first stages of formation, use a brush and coat it with a thick layer of glaze; then, slip it gracefully onto a rack for drying. If all went well, those grey painted vases would make it into the kiln for firing and they’d return as glossy colorful pieces.

As with everything in life, things don’t go according to plan. Sometimes a vase would fall from his fingers and shatter on the concrete floor of the garage. He wouldn’t yell or stop though. He’d simply reach for another vase and say, “No sense in worrying about that.” Even when every single piece would return from the kiln broken or warped or twisted, he’d take a breath and say, “Well, that didn’t turn out exactly as I’d planned.” Nothing was wasted, not even the broken pieces.  He’d scrap those into buckets for various uses or save the really “ugly” pieces as a reminder. He would keep creating more works of art. He’d continue, even when hundreds of attempts seemed to be unsuccessful.

When my father retired, he was a Master Sculptor. His skill technique and patience acquired over thirty years with shapes and proportion and visual perfection formed not only a lifetime of mastery, but a masterful way of teaching his children to forge their own paths by doing better. It’s the remembrance of those imperfect stones, rocks, scribbles and details that I find my ability to create, motivate and aspire to shape my own life one step at a time. 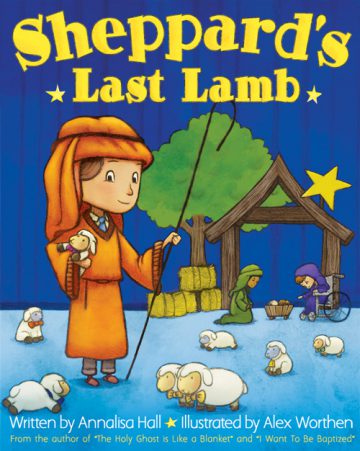 Official website of Annalisa Hall, bestselling author of the children’s book The Holy Ghost is Like a Blanket and I Want to Be Baptized. 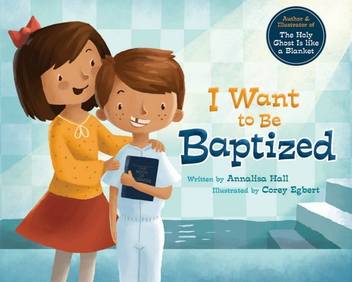 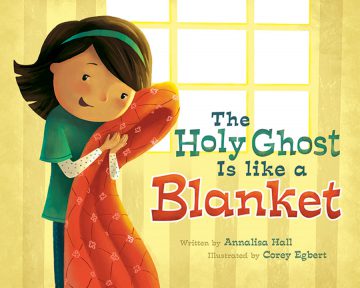 The Holy Ghost is Like a Blanket, I Want to Be Baptized, and Sheppherd’s Last Lamb are published by Cedar Fort, Inc.
Site hosted by Kahuga.